Dear User
The website irDevelopers.com have ceased operation since May 05, 2020 and will close in the near future. We have resumed our activities under a new name and domain (DownloadDevTools.com) and offer over 1000 products, whether cracked and/or full version, in updated versions all of which have already been tested.
If you intend to subscribe to irDevelopers.com and make use of its products, please visit our new website and upgrade your user account receiving a 40% discount code!

Thank you,
Admin of irDevelopers.com 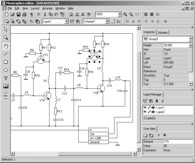 FlexGraphics - is a set of components for creating vector graphics applications under Borland Delphi(CAD, GIS, SCADA, VISIO). FlexGraphics library can be used for creation of plots, drawings, electrical, concept and mnemonic charts as well as for creation of interactive plans with high level of detail for various facilities, buildings or their parts.

FlexGraphics library can also be used for visualization of information being received from various sensors in real time. SCADA-systems, GIS-systems and CAD-systems can also be developed using this library. FlexGraphics for Borland Delphi/C++Builder can be called a mini analog for Visio. 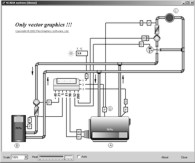 Moreover the developer gets full control of all objects at run time including the ability to access objects both by ID and by name. User defined fields and values as well as usual or multi-line hints can be specified for each object and are stored in document body. 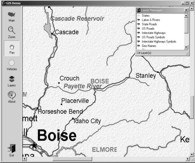 A sample vector graphics editor application (along with source code on Borland Delphi) is distributed with the library. This sample application implements all the functionality of the product (including drawing objects, changing their properties via object inspector, object grouping, object alignment, working with bitmaps, working with layers, working with grid, creation of images libraries, working with charts within the document etc.)